A downloadable game for Windows

Derelict is a top down, sandbox shooter set in the far distant future.

You have woken up from stasis long after the fall of humanity and must try to survive in this hostile galaxy. Luckily, thousands of years of human colonization have left countless derelict space craft, abandoned space stations and the crumbling remains of human settlements ripe for looting.

Unfortunately the galaxy is not quite dead yet. Genetically modified organisms, hardened for hostile environments, ancient mechanoids with corrupt A.I, rival scavengers, and countless hordes of humans who succumbed to a genocidal nanite plague, infest the dark corners of mankind's broken legacy.

Derelict will not hold your hand. Nor will it take you to A&E and call your mum when you've raided a derelict full of millennia old, raging androids, armed only with a knife. (Okay it will a bit, but only because my testers made me put a tutorial in).

- A wide range of hand crafted and randomly generated open worlds to explore.
- Dozens of weapons, ships and equipment pieces to loot.
- Multiple difficulties. From rogue light to rogueaaaAAAGH.
- Hordes of enemies to gib.
- NPC's to aid or end.
- Grim Epitaphs. Seek out shrines lamenting your death for phat lewts.
- State of the art 2D graphics with a fully customisable player character.

The past year has been spent over-hauling the whole game. The Redux update brings the game closer to the original vision for the game.

Message from the Dev.

The game has been a labor of love over the past 3.5 years since i drunkenly decided to try and make a game, it's been coded and designed in my spare time, and tested by my hardcore group of friends. The aim was to make a top down shooter where you weren't constrained to loading up arena's and just fighting waves, one where you actually felt a part of the world. I hope you like it.

In order to download this game you must purchase it at or above the minimum price of $4.99 USD. You will get access to the following files: 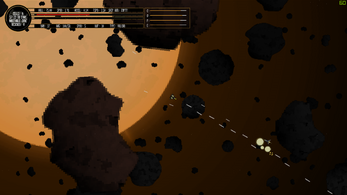 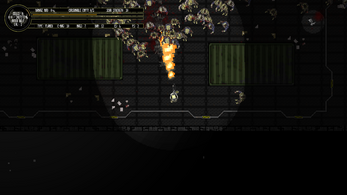 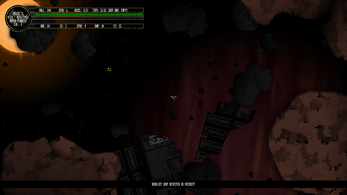 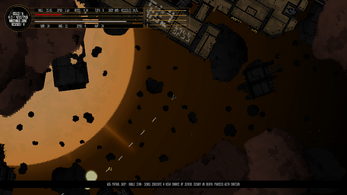 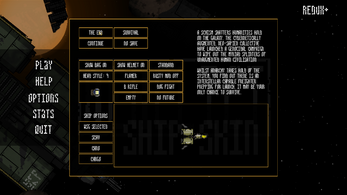